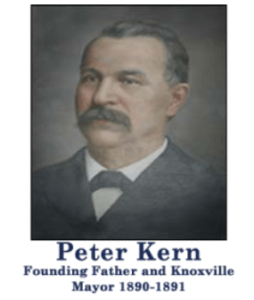 Of the six men who chartered the Humane Society back in 1885, one was Peter Kern, a German immigrant who was a connoisseur of worthwhile things; cruelty prevention being one of them. The HSTV was originally known as the Knox County Humane Society for the Prevention of Cruelty to Children and Animals. It kept that full name for years but by 1900, there were other advocates for child welfare and the Humane Society was focused almost entirely on helping animals. In the early days, the Humane Society didn’t have a headquarters, but met once a month in their attorney’s office. They always had an attorney in their organization, because much of the early efforts were based on the enforcement of laws and to “secure by all lawful means the arrest, conviction and punishment” of people who mistreat animals, either by hurting or neglecting them. In 1957 Knoxville established its first animal shelter, which was also the only animal shelter in the State of Tennessee. The Knox County Humane Society began a longtime contract with the County to take care of stray animals. 20 years ago, the Knox County Humane Society expanded its borders beyond the County to become the Humane Society of the Tennessee Valley. The Humane Society left its Knox County contract in 2001, and at that time opened its first no-kill shelter. Since then, our organization has found homes for nearly 22,000 dogs and cats. Our Adoption Center and Spay/Neuter Clinic is located on Bearden Hill. The Humane Society of the Tennessee Valley has worked hard throughout its existence to be at the forefront of animal welfare.

Based on our continued success with adoptions and animal care we are at a lifesaving rate of 98% of all incoming animals into our shelter.
This is based on our report of intakes and outcomes through Maddie’s Shelter Animals Count. In 2018 we had 1746 animals come through our doors for the opportunity to find a forever home.

If you have a passion for our mission and want to make a difference in our community and beyond, please consider joining our team. Your commitment to animal welfare and expertise in the field can help grow our impact to animals and humans in the communities we serve.

Due to the volume of applications we receive and in the interest of thoughtfully considering individuals best suited for each position, the hiring Manager will contact only those applicants moving forward in the selection process. No phone calls, or walk-ins please. For questions or concerns, please contact us at careers@humanesocietytennessee.org.

The primary functions of the Kennel Technician are: maintaining a safe and sanitary facility for animals and people and providing humane handling and care for all shelter animals. Job duties include but are not limited to: handling, care, feeding and medicating of animals and thorough cleaning of all kennel areas including laundry, dishes, sweeping, and mopping. Must be able to demonstrate the ability to multi-task and work independently. Applicants must be physically active, able to lift 50 pounds, reliable, compassionate to people and animals, able to laugh and willing to learn. You must have reliable transportation and a clean, valid driver’s license. We are open 6 days a week including holidays and weekends and team members must be willing to commit to a flexible schedule.

A complete job description will be provided upon job offer and acceptance. A valid driver’s license and insurable driving record is required. If you are interested in joining our Adoption Center team, please fill out the HSTV Employment Application and scan and email to Ashley, Shelter Manager at aschneider@humanesocietytennessee.org or mail a copy to PO Box 51723 Knoxville, TN 37950. No walk-ins or phone calls please. Due to the high volume of interest, we will only contact applicants that will be considered for an interview.

We are only accepting applications for open positions at this time.  Thank you for your interest in helping the Humane Society of the Tennessee Valley achieve their mission.  We encourage you to check back often for the opportunity to join our team.

BY APPOINTMENT ONLY
Tuesday thru Thursday 1PM - 6PM
Friday, Saturday and Sunday 11AM - 6PM
Monday - Closed

Save a life. Donate.

The donation you make today will make an immediate impact on the lives of animals in our community and beyond. 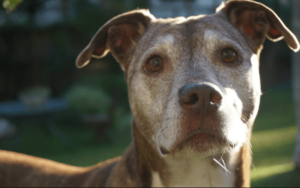